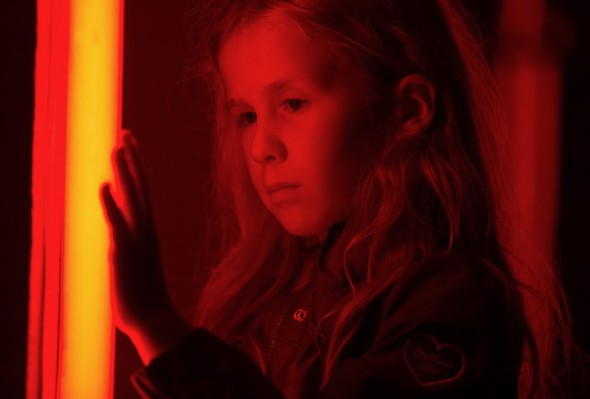 Le Ciel Flamand zooms in on the lives of three generations of women. Monique and her daughter Sylvie run a brothel on the border of West Flanders and France. Eline, Sylvie’s six-year-old daughter, is fascinated by the mysterious workplace of her mother and grandmother, but she is never allowed inside.

A dramatic event turns their lives upside down and the family ties are put under pressure.

Le Ciel Flamand is the second feature by Peter Monsaert, director of the internationally acclaimed Offline.